The film Donnie Darko It marked a different way of making films about the Time travel in 2001. From the hand of its director and screenwriter Richard Kelly, we are talking about a film of intrigue, mystery and quite surreal load. In addition to having a 7.4 in Pro!

Donnie is an American boy endowed with great intelligence and imagination. After miraculously escaping almost certain death, begins to suffer hallucinations that lead him to act as you have never imagined and to discover an unusual world to its around. 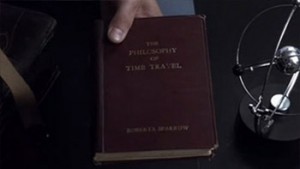 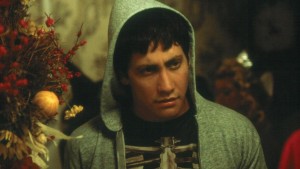 As well traveller, if you are a lover of the filmmaking curiosities, privilege book that we have managed to translate and we present to you below. This also helps to better understand the film.

We can say that it is a fictional book and that the intermediate chapters missing surely do not exist, by what this structure was raised to understand that was a more extensive content. And it is that the book has become a classic that is often referenced when talking about the subject.

With some anatomical illustrations in which we can see parts of the human body, related to other dimensions, and abstract thoughts based, it makes a perfect blend between imaginary pseudofilosofia and film guide. I recommend you enjoy the text to be before seeing the movie.

Are you ready? Turn on your meter of divergence that here we go!

The philosophy of the time travel

Reality and dream. Always the barrier between both planes has wavy as a beach under the moon. Sometimes the human being has been able to jump into the water and swim to reach the reflex silver the waves.

I'd like to thank the Sisters of the chapter of Saint John in Alexandria, Virginia, for their support in my decision. By the grace of God, they are:

The purpose of this book is to be used as a simple and direct guide in a time of great danger.

I pray that this is just a work of fiction.

If it isn't, then I will pray for you, the reader of this book.

If I'm still alive when the events heralded in these pages take place, I hope I find until it is too late.

Chapter one: the tangent universe

The primary universe is full of great danger. Wars, plagues, scarcity and natural disasters are common. Death comes to us all.

The Fourth Dimension of time is a stable construction, which is not impenetrable.

The incidents when the tissue of the Fourth Dimension to be corrupted are incredibly rare. If you have place a tangent universe, it will be highly unstable, staying for no longer than a few weeks.

Finally collapse himself, forming a black hole with the primary universe able to destroy all existence.

Chapter two: the water and metal

Water and metal are the key elements of the travel in time.

Water is the barrier element for the construction of time portals used as gateways between universes in the tangent vortex.

Metal is the element of transition for the construction of ship artifacts.

Chapter four: The artifact and the living

When you place a tangent universe, living near the vortex will find themselves at the epicenter of a dangerous new world.

If you have an artifact, the living will receive him with great interest and curiosity. The artifacts are made of metal, like the tip of an arrow of the ancient Mayan civilization, or a sword of metal of the European middle ages.

Artifacts returned to the primary universe are often linked to religious iconography, since his presence on Earth seems to defy logical explanation.

Divine intervention is met as the only logical conclusion for the presence of the device. 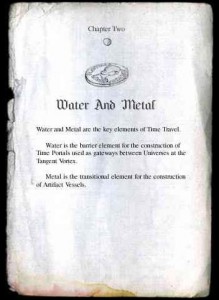 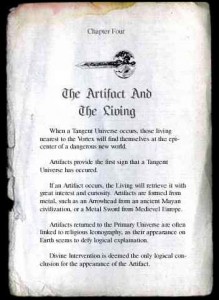 The receiver alive is elected to guide the artifact to a position for your return trip to the primary universe.

No one knows how or why a recipient is chosen.

The receiver alive is often blessed with powers of the Fourth Dimension. These include increased strength, telekinesis, mind control, and ability to conjure fire and water.

The receiver alive is frequently tormented by terrifying dreams, visions and auditory hallucinations during his time in the tangent universe.

The environment of the living receiver, known as the handling, fear it and will try to destroy it.

The manipulated living normally are neighbors and close friends of the living receiver.

They are prone to the irrational, the bizarre, and frequently violent behavior. This is the unfortunate result of its task, which is to help the recipient live in the return of the artifact to the primary universe.

The manipulated living will do anything to save it from oblivion. 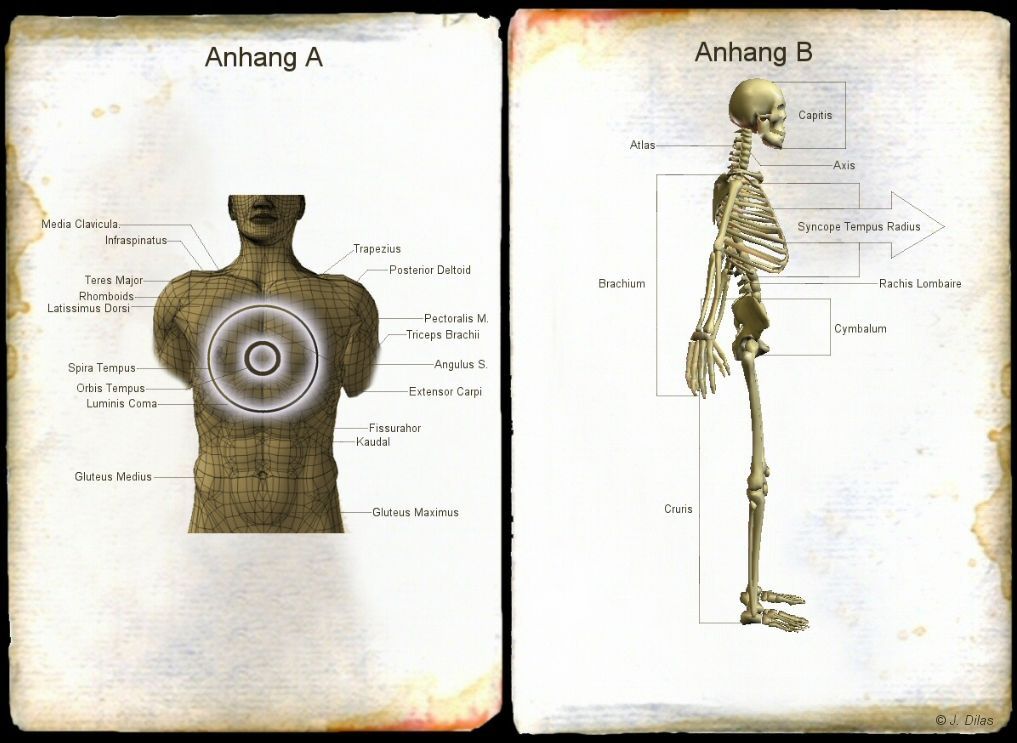 The construction of the Fourth Dimension is made of water.

The manipulated dead handled the receiver alive using the construction of the Fourth Dimension (see appendices A and B).

The manipulated dead normally tend a trap of assurance to the living receiver to make sure that the appliance is returned safely to the primary universe.

If the trap of assurance is successful, the living receiver runs out of option, and must use his powers of the Fourth Dimension to send the device back in time to the primary universe until the black hole collapses on itself.

When the Manipulados wake up from their stay in the tangent universe, they are usually terrified in dreams because of the experience. Many will not remember it. Those who remember the stay are usually overwhelmed with deep remorse for the committed actions buried within her dreams, only physical evidence buried within the same appliance, everything that remind us of the lost world.

Ancestral myths tell us that Mayan warriors were killed by arrowheads that had fallen from a cliff, where had not a soldier, nor enemy that it could be found.

We are talking about medieval knights empalados mysteriously swords which had not been built yet.

We are saying that these things happen for a reason. 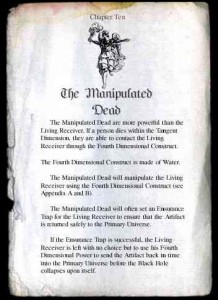 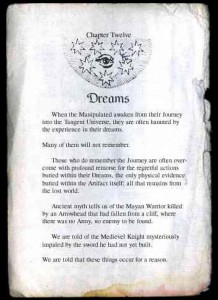 End of the original text.

Sometimes we have thought about the morality of the time travel in our blog, although the previous text does not affect the consequences or the ethics of the actions we can take in the Chronology of eventsIt would perhaps be interesting to approach the topic from a more philosophical perspective. And maybe we do it later! 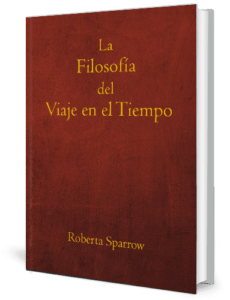 A curious film truth, and what they didn't know is that there is a sequel released in 2009 directly to video call S. Darkowhich focuses on Samantha, the younger sister of Donnie Darko, which goes something like seven years after the events in this film. So I already have plan for Sunday afternoon! 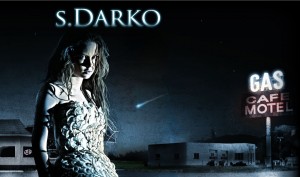 Stories to have a good time.

Do you know other similar fictional texts? I encourage you to share your opinions or give it to like, so help us keep moving the blog.

Thanks for being there traveler and up to the next post!

About the author: Traveller in time 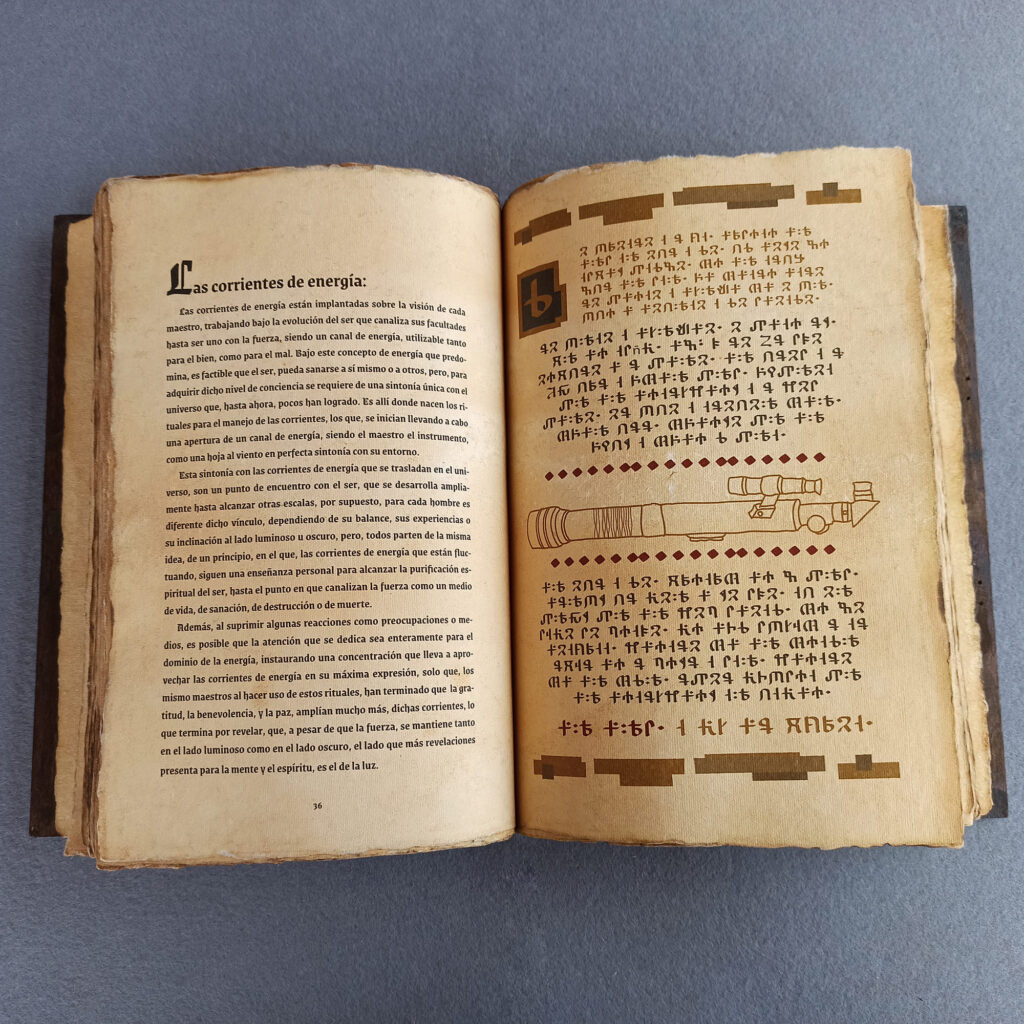 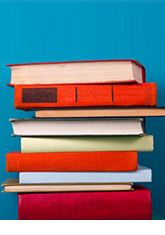 Subscribe to the blog and get the welcome pack!

This website uses cookies to improve your experience while you navigate through the website. Out of these, the cookies that are categorized as necessary are stored on your browser as they are essential for the working of basic functionalities of the website. We also use third-party cookies that help us analyze and understand how you use this website. These cookies will be stored in your browser only with your consent. You also have the option to opt-out of these cookies. But opting out of some of these cookies may affect your browsing experience.
Necessary Siempre activado

Any cookies that may not be particularly necessary for the website to function and is used specifically to collect user personal data via analytics, ads, other embedded contents are termed as non-necessary cookies. It is mandatory to procure user consent prior to running these cookies on your website.