The Retrocausality in physics

Physics does not usually consider the retrocausality. However, some theories that allow certain particles or information flows to travel back in time have been proposed by reputed scientists, having received the approval of the international scientific community. But, in general, the models that seem to allow the retrocausality are considered-faulty mathematical artifacts. 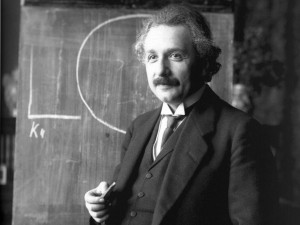 However, current topics of modern physics can be quantum mechanics or the synthesis of einsteinian gravity, they suggest that the retrocausality may be possible in certain circumstances. The retrocausality implies the existence of the closed curve of type time, although these curves do not seem to exist in normal conditions, extraordinary circumstances of space-time, as holes of worm or regions close to the cosmic strings, they may facilitate your training. The exotic matter or cosmic topological defects required for the creation of these conditions, have not been observed.

The retrocausality has also been proposed as an explanation for the device called a quantum Eraser of delayed choice, an experiment of quantum mechanics which is complementarity in the behavior of wave and particle quantum agents, When normally, according to the laws of Bohr, these do not can be displayed at the same time.

The hypothetical superluminal particle called the Tachyon, to exceed the speed of light, would move back in time, and could be the cause of the hypothetical retrocausality. Following the branch with violating the law of causality through Tachyon, the principle of reiterpretacion of Feinberg judged impossible the construction of a detector of Tachyon capable of receiving information that interacts with normal matter of type time.

We have a special category of Physics books in our geeks gifts online shop,

so you can understand in depth the nature of the Time travel.

This website uses cookies to improve your experience while you navigate through the website. Out of these, the cookies that are categorized as necessary are stored on your browser as they are essential for the working of basic functionalities of the website. We also use third-party cookies that help us analyze and understand how you use this website. These cookies will be stored in your browser only with your consent. You also have the option to opt-out of these cookies. But opting out of some of these cookies may affect your browsing experience.
Necessary Siempre activado

Any cookies that may not be particularly necessary for the website to function and is used specifically to collect user personal data via analytics, ads, other embedded contents are termed as non-necessary cookies. It is mandatory to procure user consent prior to running these cookies on your website.